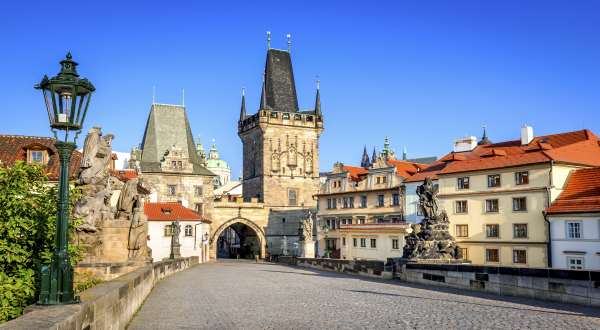 IVF in Prague Are you considering IVF in Prague? Prague is a popular choice for many people travelling for IVF treatment. Prague not only has... read more 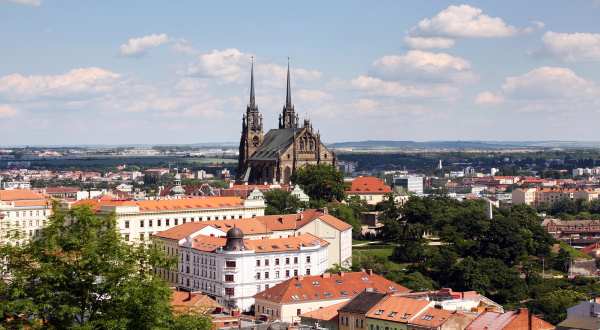 IVF Brno Are you considering IVF in Brno? Like Prague, Brno is becoming a well-trodden path for many people travelling for IVF treatment. Brno has a number... read more

Your Travel Options – IVF Treatment in the Czech Republic

Accessing treatment at an IVF clinic is a course of action which should only be taken after much consideration. The very nature of the treatment makes it stressful, and it demands a lot in terms of time, money and emotional input. Bearing that in mind, it’s vital to find out as much as possible about the clinics you’re thinking of accessing. The information we provide will help you to choose the fertility clinic which perfectly suits your needs.

Increasing numbers of people are opting to travel to another country to undergo IVF treatment. If you make this choice, it’s extremely useful to gather information about your chosen location. Details such as how to get there and what to expect when you arrive will help you to plan and budget for your trip more carefully. With the right forward planning, you’ll be able to reduce the stress of travelling and even enjoy some of the local amenities once you’ve arrived. Although travelling to the Czech Republic for IVF treatment isn’t a holiday, anything which allows you to relax and concentrate on the treatment itself is likely to increase the chances of success.

That’s why we’ve provided some useful information on the following:

Search for IVF Clinics in the Czech Republic here

Travelling around the Czech Republic

There are 5 international airports in the Czech Republic, although the vast majority of visitors opt to fly into Vaclav Havel Airport in the capital city of Prague.  Vaclav Havel Airport handles as many as 12 million passengers per year, flying them to and from 140 cities in 46 different countries. With more than 60 airlines using the airport it should be easy to find a flight which fits into your plans. Those keen on keeping expenses down should note that budget airlines such as EasyJet, Jet2 and Ryanair make extensive use of Vaclav Havel Airport. Smaller airports in the Czech Republic include Karlovy Vary Airport, Mosnov Airport and Turany Airport. A comprehensive road and rail network, as well as regular domestic flights, makes travelling on from your airport of choice a relatively simple task.

The Czech Republic  by Road

The Czech Republic is criss-crossed by a network of roads and motorways, with the latter currently being upgraded. In common with many European countries, the Czech Republic charges a toll for motorway driving. To pay the toll, drivers need to purchase a sticker, which is displayed on the right hand side of the windscreen. The current price for the sticker, known as a ‘vignette’, is €12.50 for 10 days or €17.50 for a month. Failure to purchase and display the sticker when driving on the motorway can result in an on the spot fine. Motorways in the Czech Republic are designated by the letter D followed by a number, such as the D1, the countries longest motorway.

Drivers from outside the EU must have international vehicle insurance in the form of a Green card, whilst all vehicle insurance within the EU includes EU-wide third party cover. When using a hire car insurance should be covered within the rental, although the specific details should always be discussed with the individual vendor. Other laws governing driving in the Czech Republic include the following:

The Czech Republic by Rail 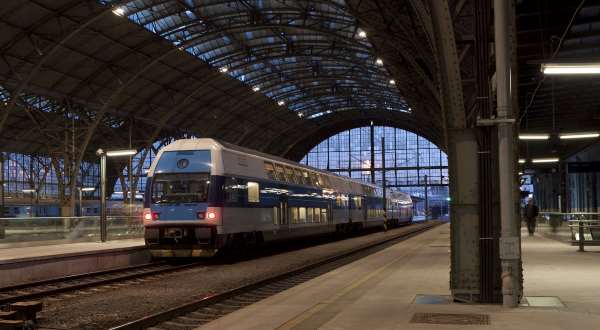 Train travel is a popular means of getting around within the Czech Republic. All Czech cities and towns have a train station, as well as many smaller villages. Three separate companies operate trains in the Czech Republic; Czech Railways (České dráhy), RegioJet, and Leo Express, with the first covering the whole country and the latter handling specific routes. Tickets for Czech Railway services can be purchased on the day of travelling, and a seat reservation is recommended at busier times. Tickets for RegioJet and Leo express can be booked in advance through their respective websites.  They categories of train travel available within the Czech Republic are as follows, running from slowest through to fastest:

Osobní – a local train which services every stop on the line

Expres – faster version of the Rychlik

Supercity  –  the fastest and most up to date trains, linking the major Czech cities. Travel on Supercity trains requires a reservation.

Find an IVF clinic in the Czech Republic

There are no major health risks for people travelling to the Czech Republic, and the standards of healthcare facilities is high, a fact which is helping to make the country a hub for medical tourism. Although visitors are not required to carry vaccination certificates, it is recommended that those visitors who have not previously been vaccinated for hepatitis A and B should be vaccinated before travelling. If you intend spending an extended period in some of the more forested areas of the country, you should seek advice about immunisation against tick borne encephalitis.

The Czech Republic has reciprocal health agreements with most EU countries, and EU travellers should carry a European Health Insurance Card (EHIC), which guarantees access to basic health care. The EHIC does not cover repatriation costs or the non-urgent treatment of ongoing conditions, however, and this is just one reason why visitors should always take out comprehensive travel insurance. The unique circumstances of travelling for fertility treatment mean that it is vital to ensure that your insurance covers every eventuality, and, if you’re in doubt, you should seek expert advice.

It is also recommended that any medication you need to take with you should be carried in its original packaging and be accompanied by a signed and dated letter from a doctor detailing what it is and why it is needed. Your IVF clinic in the Czech Republic will know exactly what is and isn’t required and will be able to offer any help you need.

Many Czech fertility clinics don’t recommend flying home on the same day as the embryo transfer. It can be too stressful to have to catch a flight and deal with security etc on top of everything else.

Clinics have reported no issues with airline security when taking medications or needles on flights as long as there is a legitimate signed prescription available. Sometimes, clinics will also provide a phone number in case of any issues. Things can change in light of ongoing airport security so it is worth checking with your airline before you travel.

Food and drink in the Czech Republic is generally risk-free and the tap water is safe to drink. In the event of a medical emergency, you should dial 112.

Search for IVF Clinics in the Czech Republic here

Non-EU nationals must hold a return or onward ticket, all necessary documents for onward travel and sufficient funds. For travel to the Czech Republic Spain, sufficient funds are defined as the equivalent of £30 per day in the form of cash, credit cards, travellers cheques etc.

Visitors from outside the Schengen area must also fill in and sign a border-crossing card, and be able to show proof of the following at the request of the Authority of Aliens Police Service:

It is highly recommended that your passport has at least six months validity remaining after your intended date of departure from your travel destination. Immigration officials often apply different and much stricter rules to those stated by travel agents and official sources.

The majority of visitors to the Czech Republic enjoy a completely trouble free stay, and violent crime is rare. The crime which it is most important to be on the lookout for is petty street crime such as theft and pickpocketing. For this reason it is advised that you don’t carry large amounts of cash on or about your person, and that any you do carry is safer in a money belt or wrist pouch. Incidents of this kind generally take place in busy tourist spots or crowded places such as public transport stations or on the transport itself. You should be aware that pickpockets can come in all shapes and sizes, and that some dress as tourists or use accomplices to distract attention while they commit their crimes. It is also advisable to keep a careful watch on bags hanging over the back of chairs in restaurants, or to keep bags in a safer place.  The normal precautions you would expect to take in a modern city should prove sufficient to ensure that you enjoy a crime free stay in the Czech Republic.

Find an IVF clinic in the Czech Republic