Travelling to Spain for Fertility Treatment 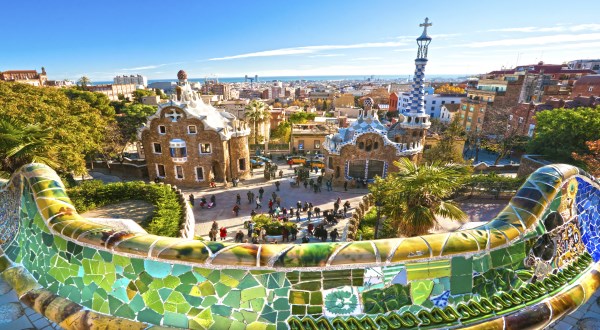 Barcelona is the de facto capital city of the Catalan region of Spain and is a city which manages to combine the best of all... read more 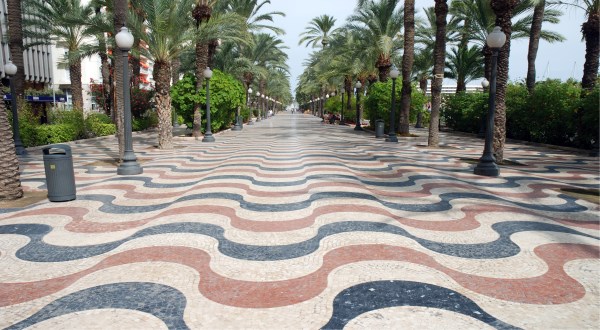 Alicante’s position on the east coast of Spain, and the presence of an international airport, make it a gateway destination for the nearby resorts of... read more 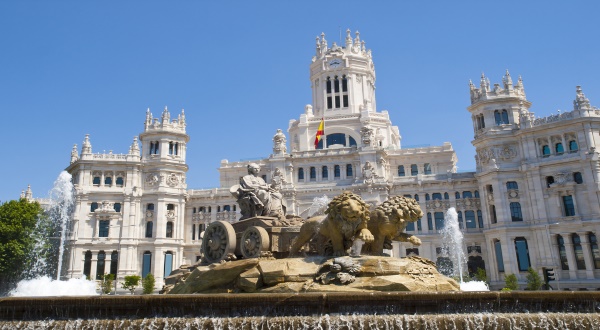 Madrid is located at the geographical centre of the Iberian Peninsula, just one of the factors which led to it being the Spanish capital since... read more 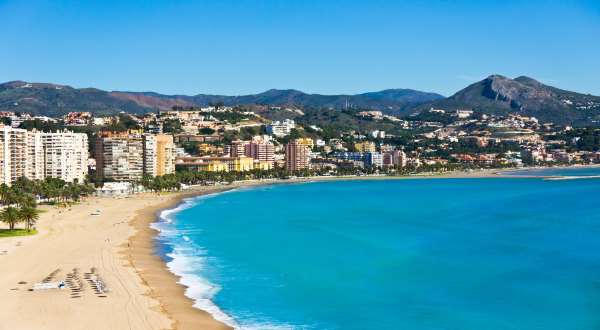 Malaga is a port city on the southern coast of Spain known as the Costa del Sol.  It is mostly known as a gateway to... read more 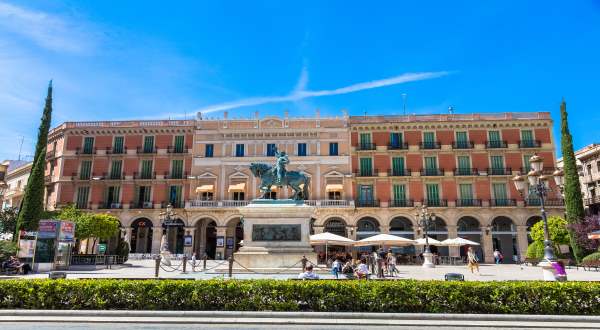 Reus is located on the east coast of Spain, about 110km from Barcelona. It has its own small airport which Ryanair uses so budget flights... read more

La Coruña is a large city in the region of Coruña in Northern Spain. It is a city surrounded by the Atlantic Ocean and is... read more 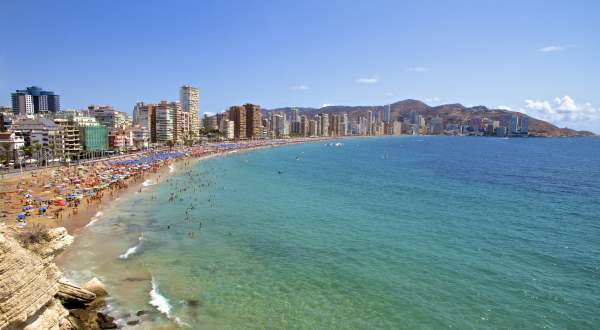 Benidorm is a very popular holiday destination for British people. It is located in southern Spain 25 miles from Alicante on the Costa Brava. It... read more 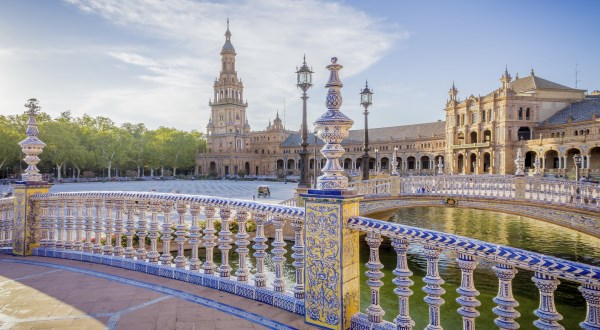 Seville, the regional capital of Andalucia, is famous throughout the world for its oranges. It does offer much more, however, to visitors able to fit... read more 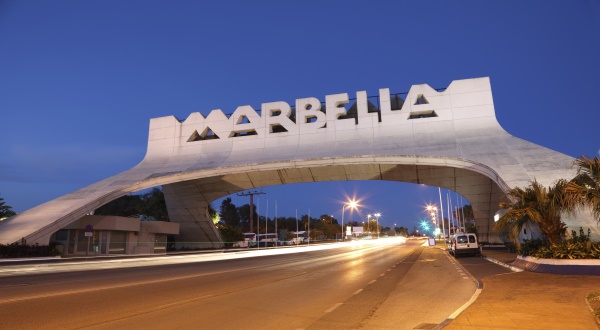 Marbella is located 25 miles (40km) southwest of Malaga in Spain. The stretch of coastline running from Marbella to Puerto Banus has been dubbed the... read more

Taking the decision to access treatment at an IVF clinic abroad is not something done lightly. The investment required, in terms of time, money and, most importantly, emotional input, is huge. The process itself can be extremely stressful and the results literally life changing. That’s why it’s vital to find out as much information as possible about the IVF clinics you’re considering visiting. We provide exactly that kind of information, allowing you to select the IVF clinic which best suits your needs. 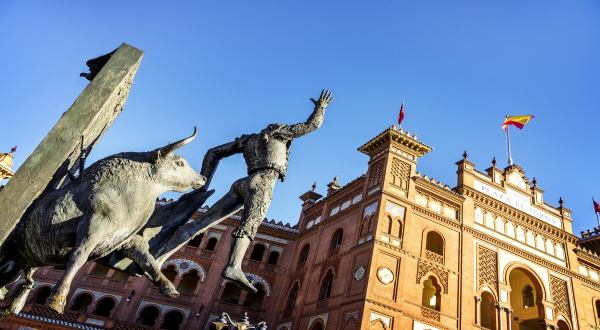 If you travel abroad for treatment, however, it’s probably at least as important to access information on reaching your chosen location and what you can expect to find there. The more information you have prior to leaving for IVF treatment, the more carefully you’ll be able to plan and budget for your trip. Forward planning of this kind will reduce the stress you’ll be under whilst actually travelling. With careful forethought you’ll be free to concentrate on the treatment and, as a bonus, enjoying the local sights and amenities. Although a trip to Spain for IVF treatment is by no means a holiday, the more relaxed you are during your visit, the more likely it is that the treatment will go well.

To that end, we’ve drawn up some useful information on the following*:

You can also find out the latest travel advice from the UK government about travelling  to Spain.

There are no fewer than 22 international airports on mainland Spain. These handle flights in and out of the country from all over Europe. In the interests of effective budgeting it’s useful to note that a large percentage of the flights to and from Spain are provided by low-cost operators such as EasyJet and Ryanair.

According to the latest of figures released by the Spanish government, of the 72.16 million passengers who flew into Spain during 2015, 48.9% used a low-cost airline. The busiest Spanish airports are Madrid, Barcelona, Palma de Mallorca and Malaga. Regular scheduled domestic services mean that travelling around Spain itself is a relatively simple task.

Spain is well served by a network of motorways and main roads which have been greatly improved in recent years. It should be noted that around 20% of the motorways in Spain charge a toll for use. Generally speaking, the toll motorways are known as Autopistas and are represented by the letters AP, as in the AP-2. The toll free roads are called Autovias and are represented by just the letter A and the relevant number. Drivers from outside the EU must have international vehicle insurance in the form of a Green card, whilst all vehicle insurance within the EU includes EU-wide third party cover. When using a hire car insurance should be covered within the rental, although the specific details should always be discussed with the individual vendor. Other laws governing driving in Spain include the following: 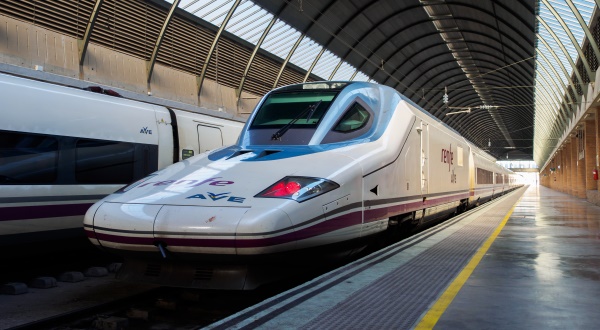 Spain has an extensive rail network serving all of the major towns and cities, run by the national train operator Renfe. Services include those provided by the futuristic, high speed AVE trains which travel at speeds of up to 310 kilometres per hour. Reserve your seats in advance. And the earlier you book a ticket the better price you’re likely to get. Long distance bookings also include free travel to and from any Renfe suburban station at both ends of your journey, in the following Spanish cities:

Any baggage taken onto a high-speed train will be passed through an x-ray machine before boarding. Although this is a fairly quick process, it does mean that you should avoid arriving at the station precisely as your train is due to leave.

Find an IVF clinic in Spain

There are no health risks associated with travel to Spain, and no vaccination certificates are required for entry into the country. Medical facilities are very good in Spain, and the country has a reciprocal health agreement with most of the other EU countries. Despite this, comprehensive travel insurance is always to be recommended. Since you are travelling for medical treatment it is advisable to ensure that this insurance will cover all eventualities and, to avoid any doubt whatsoever, seek expert advice before leaving.

EU travellers should take a European Health Insurance Card (EHIC), which guarantees basic health care but does not cover medical repatriation costs or the treatment of ongoing illnesses of a non-urgent nature.

It is advised that any medication should be in its original packaging and accompanied by a signed and dated letter (prescription) from a doctor detailing what it is and why it is needed. Your IVF clinic in Spain will be able to help as they have had extensive experience of people travelling for treatment and know exactly what is and isn’t required. You are able to buy medication at many Spanish IVF clinics (but not all). Alternatively medication can be bought at pharmacies (Farmacia). If the medication isn’t in stock, it can be ordered and usually arrives by the next day.

Many clinics don’t recommend flying home the same day as the embryo transfer as it can be too stressful to have to catch a flight on top of everything else.

Clinics have reported no issues with airline security when taking medications or needles on flights as long as there is a proper signed prescription available. Sometimes, clinics will also provide a phone number in case of any issues. Things can change in light of ongoing airport security so it is worth checking with your airline before you travel.

All these countries issue a standard Schengen visa that has a multiple entry option which allows the holder to travel freely within the borders of all. Non-EU nationals must hold a return or onward ticket, all necessary documents for onward travel and sufficient funds. For travel to Spain, sufficient funds are defined as €62.40 per day up to a minimum of €561.60 or the equivalent in other freely convertible currency. Non EU visitors to Spain also require an invitation letter or confirmation of accommodation.

It is strongly recommended that your passport has at least six months validity remaining after your intended date of departure from your travel destination. Immigration officials on the ground often apply different and much stricter rules to those stated by travel agents and official sources.

United Kingdom citizens require a passport valid for at least three months beyond the period during which they intend to stay. Exceptions to this are passports marked ‘British Citizen’, ‘British Subject’ (containing a Certificate of Entitlement to the Right of Abode issued by the United Kingdom), and ‘British Overseas Territories Citizen’ issued by Gibraltar, which will be accepted if valid on arrival.

No visa is required for passports endorsed ‘British Citizen’, ‘British Overseas Territories Citizen’ issued by Gibraltar, Identity Cards issued by Gibraltar, and ‘British Subject’ (containing a Certificate of Entitlement to the Right of Abode issued by the United Kingdom). All other British nationals are entitled to a maximum stay of 90 days without a visa.

Most visits to Spain are trouble-free, with the country boasting a crime level which is low by European standards. Street crime sometimes occurs in the bigger cities. visitors are advised not to carry large amounts of money and  to use a wrist pouch or money belt which a casual thief will find more difficult to remove. You should also be extra vigilant in crowded places such as tourist spots, markets and queues. Crime is usually petty and violent assault is rare, but criminals will sometimes pose as accident or breakdown victims, intent on robbing any Good Samaritan who stops to help. On a similar note, strangers offering unwanted help may be acting as a distraction for light-fingered accomplices. Popular scams involve letters for outstanding traffic fines or Spanish lottery winnings. If you take the normal precautions you’d expect to take in any large and busy city then your stay in Spain should be free from crime and trouble of any kind.

*Fertility Clinics Abroad is only providing useful information and expert advice should be sought from a travel consultant.

Find an IVF clinic in Spain