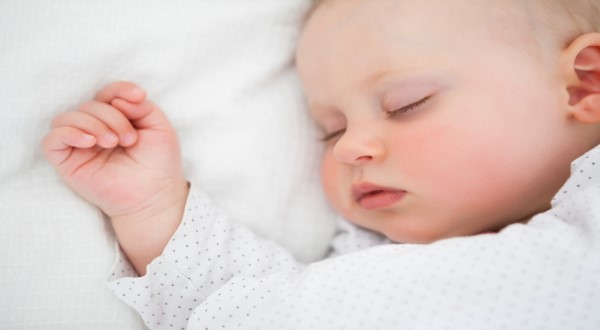 It can be really difficult to understand all the acronyms used in IVF treatments. Also some of the fertility techniques available are not always familiar. Here are some definitions and descriptions of what fertility treatments are available in IVF clinics abroad.

Blastocyst Embryo
A multicellular embryo consisting of two distinct cell types. The stage at which the embryo will implant in a womb.

Comparative Genomic Hybridization (CGH)
A technique employed to detect chromosomal abnormalities in the developing embryo. CGH looks for changes in the number of copies of a chromosome by comparing the ratio of fluorescent probes from a normal cell and an embryonic cell.

Comparative Genomic Hybridization (CGH)
A technique employed to detect chromosomal abnormalities in the developing embryo. CGH looks for changes in the number of copies of a chromosome by comparing the ratio of fluorescent probes from a normal cell and an embryonic cell.

DI
Donor Insemination is when sperm from a donor is used to inseminate a woman close to ovulation. Donor sperm can also be used for IVF.

Embryo Monitoring
This is equipment used to monitor embryos whilst they grow.

ERA (Endometrial Receptivity Array)  is a personalised genetic test to diagnose the state of endometrial receptivity in the window of implantation.

FET
Frozen Embryo Transfer is a procedure where embryos which have been frozen in a previous IVF cycle are thawed and used for embryo transfer thus eliminating the need for another treatment cycle involving drugs to stimulate eggs to develop.

FISH
Fluorescent In Situ Hybridization (FISH). A technique employed to detect chromosomal abnormalities in the embryo.

ICSI
Intracytoplasmic Sperm Injection is a variation of IVF. The eggs are collected as in IVF but instead of mixing sperm with the eggs in a dish, an embryologist will select the healthiest looking sperm and inject a single one into the egg. This overcomes any problems that the sperm may have in physically getting inside an egg.

IMSI
Intracytoplasmic Morphologically Selected Sperm Injection. Another variation of ICSI. A high powered microscope is used to pick out the best sperm cells which are then used in a traditional ICSI procedure.

IUI
Intrauterine Insemination is a technique where a sperm sample is washed and the fastest sperm are used to inseminate the woman near to the time when she is ovulating.

IVF
Conventional In Vitro Fertilization is when mature eggs are retrieved from a woman and placed in a dish in the laboratory where they are mixed with sperm and then left to fertilise. Fertilised eggs (embryos) are then left to mature for a period of time to ensure that they are healthy. They are then transferred back into the uterus or frozen for future use.

Lightly-Stimulated IVF
In this treatment, a low dose of fertility drugs is used or they are used for a shorter period of time in order to increase the number of mature eggs in the ovaries. In this case it is likely that fewer eggs will develop and be collected than in conventional IVF.

MESA
Micro-epididymal Sperm Aspiration is a  surgical procedure to retrieve sperm from the epididymis The epididymis is isolated through an incision made in the scrotal skin and a microscope is used to examine the very small tubules of the epididymis that contain the sperm.  The sperm would be used in conjunction with ICSI.

Morula
A development stage of the embryo, before it becomes a blastocyst.

Natural Cycle IVF
This is IVF without the use of drugs to stimulate more eggs to develop in the ovary. Therefore potentially only one egg from your natural monthly ovulation can be collected and used in IVF.

Oligospermia
Low concentration of sperm in the ejaculate.

PCR
A method of detecting gene mutations by amplifying the sequence of DNA where the mutation is believed to occur.

PESA
Percutaneous Epididymal Sperm Aspiration is a procedure used when there is no sperm found in the ejaculate. A fine needle is passed into the epididymis (the organ above the testicle where the sperm are stored) to extract fluid and checked for sperm. It is then used in conjunction with the ICSI procedure.

PICSI
This is a variation of ICSI. A sperm is selected according to how well it binds to the hyaluronan around an egg cell (called hyaluronic acid) through a test called a Hyaluronan Binding Assay. This is believed to be a predictor of how mature the sperm is and, therefore how capable it is of fertilizing an egg.

PGD
Preimplantation Genetic Diagnosis is a test that can be carried out on IVF embryos, to ensure that only embryos unaffected by a particular genetic condition are returned to the woman’s womb. Couples who undergo PGD don’t have infertility but rather, are at risk of passing a genetic disease to their children

PGS
Preimplantation genetic screening is similar to PGD but is used by infertile couples who are undergoing IVF. These couples don’t have an obvious underlying genetic problem but PGS is performed in an attempt to identify those embryos that are genetically abnormal so that only genetically normal embryos are transferred back into the uterus increasing the likelihood of a pregnancy. The majority of PGD and PGS procedures are performed by removing 1 or 2 cells (or blastomeres) of a 6- to 8-cell embryo following IVF. These cells are analysed for abnormalities, and on day 5 the unaffected embryos are selected for embryo transfer.

PGS Next Generation Sequencing is a new laboratory technique which is believed to improve chromosomal diagnosis reliably on blastocyst embryos. This may lead to a greater chance of pregnancy as doctors are more likely to transfer only chromosomally normal embryos using this technique.

Polar Body
Eggs (oocytes) must go through certain stages of development to ensure they are mature to meet the sperm and fertilise normally. During this development, the oocytes divide unevenly resulting in most of the cytoplasm forming the oocyte and a smaller amount of cytoplasm forming a polar body. The polar bodies will eventually disintegrate.

This treatment is aimed at lesbian couples. One woman in the partnership donates the eggs which are then fertilised by donor sperm. The other woman in the couple then receives the fertilised embryos and carries the pregnancy. So both women are involved as one is the genetic mother and one is the birth mother.

TESE
Testicular Sperm Extraction is a procedure where a small sample of testicular tissue is extracted from the testes. This can be achieved by either a fine needle being inserted into the testes or a small incision being made. The tissue is processed and sperm extracted which are used in conjunction with ICSI.

Vitrification
This is a form of embryo freezing.

If you need help choosing an IVF Clinic Abroad – spare 3 minutes of your time.
You will save at least a few hours.

If you are looking for an egg donation clinic abroad, use the FertilityClinicsAbroad.com unique patients tool – Clinic Matching Test. We will analyse your needs and choose 3 overseas clinics which match your expectations. Our database of IVF centres includes only trusted fertility clinics which have experience in providing high quality services to international patients. The suggested IVF centres will contact you directly within 1-2 working days. Spare 3 minutes of your time – you will save at least a few hours!