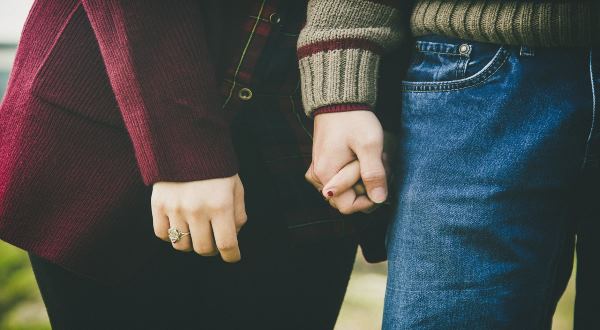 I recently spoke to a couple who were considering going abroad for egg donation. They very kindly agreed to chat to me about their search for IVF treatment abroad.

Thanks Martin and Aileen for speaking to me. Please can you tell me a little bit about yourselves? How many years have you been trying for a family?

We have been together for 20 years and married for 15 years. Between travel, work commitments and moving locations, we had not decided to try for a family until 3 years ago. Being in our late thirties at that time, we didn’t really anticipate any issues in getting pregnant but unfortunately we had to resort to the services of a fertility clinic.

After several failed attempts using medication, we finally got pregnant. We didn’t know initially as it was unexpected and not part of any controlled attempt but after getting some severe pains, it very quickly became clear that not only were we pregnant but that it would end up being a life threatening situation due to being ectopic.

Following a break for efforts, we finally decided to switch clinics and try again, leading to some more failed cycles and eventually a recommendation for egg donation.

Why did you make the decision to go abroad for treatment- why not stay in Ireland?

Predominantly this was down to cost. We discovered that egg donation wasn’t possible in Ireland and fertility clinics here (including our own) only offered the service as an intermediary between ourselves and a clinic in Spain. We didn’t really see what the Irish clinic was adding to the process, other than offering some counselling and arranging appointments. This would cost approximately €5,000 over and above arranging the donation ourselves directly.

Additionally, we had lost faith in the clinics we had used given the service to date and didn’t feel that the investment would be any real value. Like so much what had gone before with clinics, we felt that there was a little emotional blackmail going on in terms of cost.

Which countries did you consider and why?

Spain and the Czech Republic. Spain was an obvious choice as it was a partner for this process to the Irish clinic. Internet research threw up the Czech Republic. Greece and South Africa also featured in internet searches/forums but the first two countries stood out as having an established community of specialists in the field.

Where did you look for help in your decision? Did you find it easy to find a clinic abroad?

We haven’t decided to share plans with family or friends just yet so help in researching was difficult to find. The website information provided by the clinics is very comprehensive but has to be seen for what it is (a shop window). We found it hard to find professional viewpoints and didn’t want to rely on internet forums.

Do you have any concerns about travelling abroad? For example concerns around egg donation, regulations etc?

We would be lying if we said we weren’t concerned about the social background of the donor. It really is an act of blind faith in the clinic dealing with the anonymity issue but on balance, we can understand the advantage of it. We really aren’t sure about advantages/disadvantages of one clinic or country versus another in this respect but are willing to put that aside and accept it in favour of the chance of being parents.

What do you hope from an IVF clinic abroad? Same or better treatment? More understanding?

Having tried two clinics already, I think understanding or empathy doesn’t really feature too highly in this field. Clinics are private businesses offering medical services in volume. What we would be more hopeful of is professional staff that can deal with the procedures and arrangements quickly and efficiently.

How much time have you spent researching a clinic abroad? Do you find it enjoyable or challenging?

Several hours so far but I think now that we are close to drawing up a shortlist, we will put in more time ahead of calling them and weighting things up afterwards before making our final choice.

Thanks to Martin and Aileen for this insightful commentary.