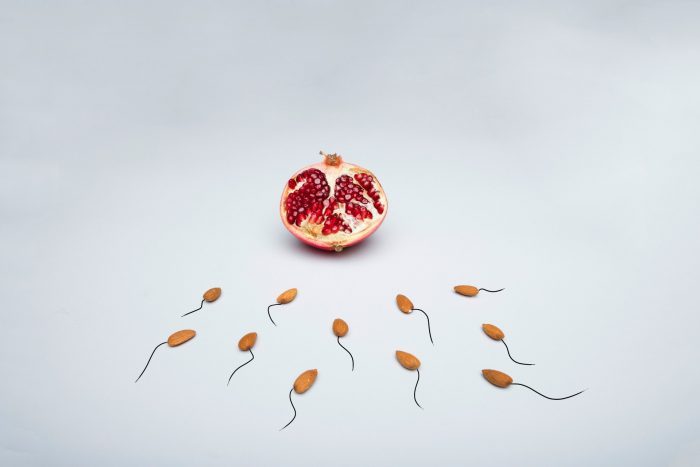 This guide attempts to provide you with all the information you need to know about IUI abroad. It will offer a definition of the procedure, the success rates attached to it and an evaluation of insemination costs abroad, country by country. It will identify the differences between intrauterine insemination, insemination with donor sperm and traditional IVF procedures.

What is IUI (intrauterine insemination)?

The procedure begins with the application of medicine which stimulates the ovaries and ovulation. Around ovulation, sperm is injected and fertilisation takes place in the patient’s fallopian tubes which replicates a natural pregnancy.

What is Donor Insemination?

Donor insemination is a specific form of intrauterine insemination which involves using the sperm of a donor, that is someone other than the patient’s partner.

ICSI (intracytoplasmic sperm injection) is another term you will hear in relation to insemination and fertility treatment. This technology involves injecting a single sperm (from a patient’s partner or a donor) directly into the patient’s eggs within the laboratory environment. This is different to intrauterine insemination and donor insemination which refer to a procedure not undertaken in a laboratory.

What is the Success Rate of IUI?

The medics and scientists have less control and management of IUI compared to IVF as once you inject the sperm the natural process of fertilisation takes over. With the IVF process, embryologists are able to see which eggs have gotten fertilised and choose the most viable one to be transferred to the patient.

Despite the overall success rates using IVF being substantially higher than IUI, it is a procedure which is still favoured by many patients. The treatment is cheaper than IVF, is less invasive and less time consuming – many people opt for IUI in the first instance before committing to a more expensive and invasive IVF procedure.

The Cost of IUI

When you compare the cost of an IUI cycle against an IVF one it is easy to see why someone would initially choose the IUI procedure. If cost is your main driver for choosing one treatment over another, you will need to seek medical advice to ascertain how likely it would be to achieve a pregnancy with IUI given your particular health status and age.

The initial price of one IUI treatment may be much cheaper than the IVF cycle but you will need to consider the comparative success rates for your specific case. You may, for instance, have less of a chance of pregnancy with an IUI cycle and have to have a number of cycles to achieve success. The combined cost of multiple IUI attempts may equal or even surpass the cost of IVF.

We have been looking at the cost of intrauterine insemination and donor insemination procedures in a number of countries to see what is included and whether any restrictions are placed upon access. Here is what we found.

Spain provides a perfect example of the gulf in prices between artificial insemination and IVF. IUI procedures start at around 780 euros and 1,100 euros for a donor cycle. Compare this to an IVF cycle which can cost 4,900 euros upwards. IUI is available to single women, same-sex female couples and women up until the age of 50. Donors are anonymous.

IUI costs in Portugal are slightly more expensive than you will find in Spain, starting at around 900 euros using a partner’s sperm and 1,300 euros if a donor is used. This compares to an average IVF cycle which costs around 4,500 euros. Single women and women in same-sex relationships can access IUI treatments up to the age of 50. Donors are non-anonymous.

IUI Costs in the Czech Republic

The Czech Republic provides one of the best examples of cost-efficient fertility treatments, however, you should be aware that there are restrictions on who may access programmes. IUI costs can start as low as under 470 euros if using a partner’s sperm and additional 470 euros if you are using an anonymous donor. Compare this to an IVF cycle which starts at around 2,700 euros. To access treatments women have to be aged under 49. Single women and those in a same-sex relationship cannot receive fertility treatment.

IUI in Greece starts at around 500 euros and you should add at least another 300 euros to that figure if you are intending to use an anonymous donor. Traditional IVF cycles using own eggs can start as low as 3,000 euros. Single women and those in same-sex relationships can access IUI treatments if they sign a legal declaration that they are in fact, single.

There are some disparities in terms of costs between clinics in North Cyprus. The 17 or so clinics can charge around 500 euros for IUI using a partner’s sperm up to around 2,000 euros if you use an anonymous donor. Traditional IVF with own eggs can start at around 2,500 euros. Single women and those in same-sex relationships can access IUI treatments. There is no specific legislation that restricts access to treatment based on age alone.

IUI using a partner’s sperm starts at around 700 euros in Latvia and you should be prepared to double this cost if you are having to use an anonymous donor. IVF with own eggs costs around 4,000 euros. Single women and those in same-sex relationships can access IUI treatments and there is no maximum age for women patients – each clinic is able to use their discretion.

IUI costs in Poland are amongst the cheapest you will find in Europe. Prices average 200 euros for IUI with a partner’s sperm and 520 euros for treatments using an anonymous donor. Traditional IVF using own eggs can start at around 1,900 euros. There is no upper age limit for female patients with clinics able to use their discretion but importantly, treatment is only available for married or cohabiting, heterosexual couples.

IUI Costs in the UK

IUI costs in the UK vary dramatically between providers and so we have used an average price indication here. IUI costs with a partner’s sperm can hover around the £1,000 mark and if you are using a non-anonymous donor this price can rise to over £2,000. Traditional IVF using own eggs can float between £4,000 and £6,000 excluding medication costs. Generally, women up until the age of 42 can access treatments as can single women and those in same-sex relationships.

IUI Costs in the USA

IUI costs like those in the UK can vary dramatically from $500 to $4,000 and you can expect to pay an additional $300 to $600 if you are using a donor. There are, however, extra costs to factor including medication which can run from $1,000 to $2,000 per month. The big difference in the U.S. is between the cost of IUI treatments and traditional IVF with own eggs which averages out to an eye-watering $20,000. Dependent upon your location, single women and those in same-sex relationships can access IUI treatments and there is technically no upper age limit in some states.

How much does artificial insemination cost abroad?

Amongst the countries we looked at the cheapest cost for IUI using your partner’s sperm was Poland at around 200 euros. This figure can rise to around $4,000 in some American clinics.

How much does donor insemination cost abroad?

Donor insemination cost abroad varies. There are a number of countries where costs can run into the thousands but there are good examples of lower prices in countries like Poland (520 euros), Greece (800 euros), and the Czech Republic (930 euros).

How much does artificial insemination cost in the UK?

Artificial insemination cost in the UK are amongst the highest in Europe. An average cost for IUI with a partners sperm is around £1,000 (although there are some clinics who will offer this at a lower price).

How much does donor insemination cost in the UK?

Donor insemination cost in the UK are higher than the majority of countries in Europe. These costs can be over £2,000 if you are using donor sperm.

Is it cheaper to have IUI abroad?

This really depends on where you live. If you reside in the United States or the United Kingdom it is certainly worth travelling as you will certainly access treatment at a much lower rate than you will find in your own country.