All you need to know about an IVF in Greece
Learn more >>>
Looking for an IVF clinic abroad?

The United Kingdom, the birthplace of the world’s first test-tube baby (Louise Brown), led the way in pioneering in vitro fertilisation globally. Nowadays, it is one of the biggest IVF markets in Europe and it can boast some of the world’s best fertility clinics, acclaimed IVF experts and one of the most comprehensive regulatory mechanisms for assisted reproduction. When we top it with convenient travel arrangements from practically everywhere in the world and the fact that the UK is a native English speaking country, it becomes clear why this country is ranked high on the list of leading destinations for IVF treatment.

There are over 70 IVF clinics registered across the UK currently and the most renowned ones are located in the country’s capital city – London. The UK clinics are known not only for the world-class treatment standards but also due to the fact that they are strictly regulated by the Human Fertilisation and Embryology Authority (HFEA), a public body ensuring that fertility clinics and research centres comply with the law. What’s interesting, the majority of fertility patients in the UK are still the domestic ones. They can choose between two options: either pay for private treatment or see if they are eligible for free treatment through the National Health Service (NHS). However, fertility treatment funded by the NHS varies across the UK and the waiting lists in some areas can be quite long.

Find IVF clinics in the UK

Egg donation in the UK 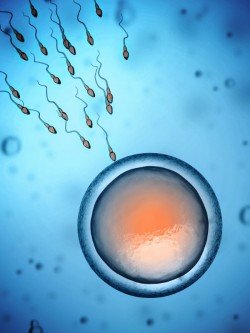 Egg donation in the UK is allowed by the law. The biggest and the most important difference in the UK’s IVF legislation (as compared to other European destinations) is the rule of donors’ non-anonymity. It means that people conceived through egg donation have the right to apply to the Human Fertilisation and Embryology Authority (HFEA) to receive non-identifying information on their donors when they reach the age of 16. When they are 18 years old, they have free access to all of the information the clinic submitted at the time of the donation.

The fact that egg donation is non-anonymous requires both donors and recipients to fully realise the consequences of their decision and the impact it may have on their future as well as the future of the donor-conceived children. Prior to the treatment, donors and recipients have to fill out the consent forms, which ensures all parties involved are fully aware of the implications of their actions. According to the HFEA guidelines, clinical staff should be present when filling out the forms to answer any questions or doubts and, additionally, IVF clinics must offer counselling to the patients throughout the process in order to help them realise all the possible risks and consequences.

In the UK, egg donation (as well as sperm and embryo donation) is offered to infertile heterosexual couples, single women and same-sex couples (both female and male). What’s important is a lack of legal age limit for patients and thus, the UK’s fertility clinics set their own limits for treatment. Generally, private units allow women up to the age of 55 and fertility treatments funded by the NHS are offered to women up to the age of 42.

Egg donors in the UK

Egg donors in the UK must be between the age of 18 and 36. They have to undergo extensive testing for certain genetic disorders and sexually transmitted infections, such as HIV I & II ab & antigen, hepatitis B core & antigen, hepatitis C ab, HTLV I & II ab, gonorrhoea, chlamydia and syphilis. Some clinics may set additional eligibility criteria, such as e.g. minimum and maximum Body Mass Indexes (BMIs). Egg donors in the UK should also take implications counselling, where they can explore their emotions and expectations about the process of providing their own gametes so that other people could start their dream family.

As egg donation in the UK has been non-anonymous since April 1st, 2005, egg donors have been required legally to be identifiable to any person or persons conceived as a result of their donation. The information submitted by clinics includes the donor’s age, blood type and Rh factor, ethnicity, education completed, hobbies, physical characteristics (height, weight, eye and hair colour), athletic and musical skills and the number of children. Egg donors don’t have any legal rights or obligations towards their genetic children but they can choose the number of children and families created from their donated eggs (the maximum number is ten). In the UK, paying for egg donation is illegal. However, egg donors can receive compensation of up to £750 per donation ‘cycle’ to cover their costs (like travel, accommodation and childcare).

Embryo donation in the UK

Similarly to egg donation, embryo donation in the UK is allowed and non-anonymous. In the case of embryos donated to fertility treatment, egg donors are required to be between 18 and 36 years old and sperm donors – between 18 and 45. They need to undergo the same health checks that any other sperm or egg donor would have to undergo. Embryos donated to research or training purposes aren’t subjected to any eligibility criteria. According to the Code of Practice by HFEA, the maximum number of embryos to transfer is 3.

Ready to find IVF clinics in the UK?

IVF laws in the UK

The UK offers a wide choice of fertility treatments, including ICSI, surrogacy, embryo donation and IVF (with either own gametes, sperm donation, egg donation or both egg and sperm donation). Preimplantation Genetic Testing for Aneuploidies (PGT-A, previously known as PGS) is allowed but it is considered an IVF add-on. Preimplantation Genetic Testing for Monogenic/Single-Gene Disorders (PGT-M) and Preimplantation Genetic Testing for Chromosomal Structural Rearrangements (PGT-SR) are allowed and prescribed if there is a history of a serious genetic condition or inherited chromosome abnormalities. Surrogacy is allowed as well as social freezing of oocytes. Frozen eggs and embryos can be stored and the standard storage period established by HFEA is 10 years. This period can be extended in certain circumstances for up to 55 years (after a medical review), in 10-year increments. The UK’s IVF legislation prohibits sex-selection for reasons other than medical.

In the UK, HFEA collects individual clinic success rates and publishes them on its website: https://www.hfea.gov.uk/choose-a-clinic/clinic-search/. Additionally, there are the HFEA’s fertility treatment reports published every year and it is where patients can find i.e. national pregnancy rates for fertility treatment. According to the publication ‘Fertility treatment, 2017: trends and figures’ (released in May 2019), the overall IVF birth rate per embryo transferred (PET) was 22%. The highest birth rate PET for treatments with donor eggs and donor sperm was 30%.

Safety and Quality of IVF Treatment in the UK

The two most important pieces of IVF legislation in the UK are the Human Fertilisation and Embryology (HFE) Act 1990 (as amended) and the HFE Act 2008. In 2004, the Human Fertilisation and Embryology Authority Regulations 2004/1511 enabled donor-conceived children to access the identity information of their sperm/egg/embryo donor after reaching the age of 18. Nowadays, UK fertility clinics and human embryo research centres have to comply with both of the HFE Acts and also the HFEA’s Code of Practice. The latter provides guidance to help clinics deliver safe, effective and legally compliant treatment and research. Additionally, all the assisted reproductive laws and directives in the UK are in line with the European Union Tissue and Cells Directives (EUTCD) and NICE guidelines – evidence-based recommendations for health and care in England.

Patients taking IVF treatment in the UK into account have to realise all the implications and consequences of Brexit. The fact that the UK has left the European Union rises many questions, such as e.g. whether it will influence foreign patients’ ability to access fertility treatments and the availability of egg/sperm donors. However, there are no obvious answers at the moment. All we can do is to monitor the situation closely and react in advance to any changes directly affecting patients’ ability to access IVF programmes in the UK.