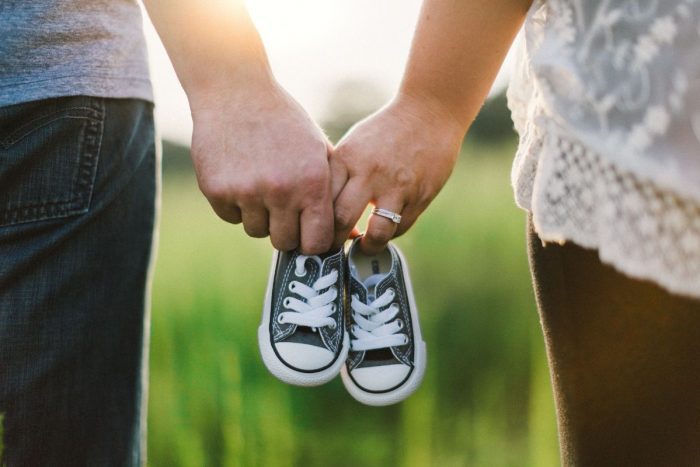 From 2 years of primary infertility struggles to a healthy baby girl! In this post, we are presenting a couple’s uplifting IVF journey that ended in success thanks to the efforts of the medical team under dr. Claudio Alvarez Pinochet at URE Centro Gutenberg, Malaga, Spain.

Our human species is very inefficient from a reproductive point of view. The chance of achieving an evolutionary pregnancy per each month of search is only 23%. Age is the main prognostic factor, and it is something we cannot control. In women, over 40 or even 38 the chance of achieving a pregnancy decreases substantially to less than 10%. For women over 44, the possibility is even lower – less than 1%. Men are affected by age at a later age, usually when they are over 45 or 50. At this age, their seminal quality is reduced and the rates of DNA fragmentation in sperm are altered.

In the reproduction centers, advanced age is our main enemy. The most efficient solution is to resort to gamete donation, especially egg donation, where the success rates are higher. But within certain age ranges, not all patients are willing to move on to donor eggs and decide to try reproduction treatment with their own gametes. And this is what happened in the case of a couple whose success we are presenting today.

The Couple’s Situation and Diagnostics

In October 2010, a couple with a 2-year history of primary infertility consulted a specialist at URE Centro Gutenberg. The 42-year-old woman had regular menstrual cycles, normal basal hormones (FSH, LH, estradiol and prolactin), and history of myomectomy in 2009.  A new intramural uterine fibroid was diagnosed during an ultrasound without indication for surgery. Her ovarian reserve was decreased. Her 63-year-old partner had a history of orchitis at the age of 18 and occasional erectile dysfunction, with a diagnosis of teratozoospermia, normal seminal culture, and sperm DNA fragmentation index altered by 52% (normal value is less than 30%).

What Protocols and Procedures Were Used? What Was Done Differently?

Due to the length of infertility, the low ovarian reserve, the altered DNA fragmentation in spermatozoa, and the advanced age of the couple, an IVF/ICSI cycle was recommended. The couple was not considering egg/sperm donation and decided to try their luck using own eggs and sperm. Therefore, the male was prescribed an antioxidant treatment for 2 months, and a seminal and DNA fragmentation control in spermatozoa was performed. In the seminal control, asthenozoospermia was observed and in the DNA fragmentation, an alteration of 62% persisted.

Altered DNA fragmentation has been associated with infertility, failed artificial insemination and IVF/ICSI, and spontaneous and/or recurrent miscarriages. Given the lack of improvement with antioxidant treatment, IVF/ICSI was considered with sperm obtained directly from the testicle by fresh testicular biopsy on the day of ovarian puncture, since it is described that DNA fragmentation would be lower in the sperm present in the testicle compared to ejaculated sperm. 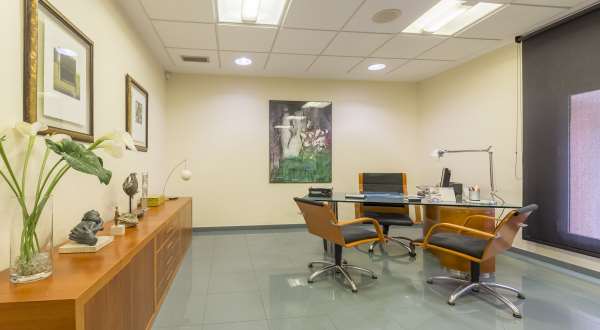 What Were the Results before an Embryo Transfer?

In July 2011, the woman underwent controlled ovarian hyperstimulation in a short protocol of GnRH antagonists, with recombinant FSH 250 IU/day and ultrapure HMG 75 IU/day. The development of 5 follicles larger than 17 mm was achieved. The trigger (final maturation of the oocytes) was triggered with 250 ug recombinant hCG. Estradiol level on the day of the trigger was 1680 ng/mL and progesterone 0.90 ng/mL. The puncture was performed 36 hours after the trigger under general anesthesia. The patients were happy to hear that 3 oocytes were retrieved, of which 2 were mature. In parallel, the testicular biopsy was performed under general anesthesia, obtaining 7 spermatozoa for each field of 20x magnification, with only 25% of them being motile. ICSI insemination of 2 MII oocytes was performed.

On day 3 of the embryo development, 2 quality B and B-C embryos were transferred to the patient’s uterus, according to ASEBIR criteria.

Dr. Claudio Alvarez Pinochet had only good news to the couples as a single evolutionary gestation was achieved, without any obstetric or perinatal pathology. The delivery was conducted by elective cesarean section without any problems at 38 weeks of gestation, achieving the birth of a live and healthy girl weighing 3,500 g and 50 cm in height. In conclusion, in this case, the best alternative or the most efficient would have been IVF with egg and sperm donation. This is based on the woman’s advanced maternal age, low ovarian reserve, her partner’s age and the high rate of DNA fragmentation of his spermatozoa in the ejaculated semen resistant to antioxidant treatment. Despite the poor prognosis, the couple decided to go ahead with their own gametes and put their trust in the hands of dr. Pinochet. He relied on the strategy of increasing the ovarian reserve and obtaining better sperm through fresh testicular biopsy.

The positive outcome of this patients’ story was a sum of mutual trust, transparent and honest communication, and honest doctor-patient relationship, all essential factors to obtain the best medical results possible.

If you are in a similar situation or wish to inquire about more information, get in touch with the English-speaking team at URE Centro Gutenberg.