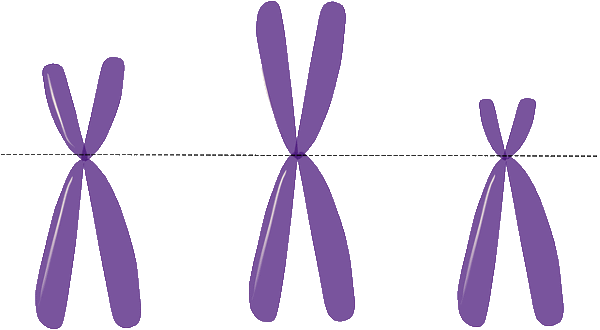 is a test that can be carried out on IVF embryos to ensure that only embryos unaffected by a particular genetic condition are returned to the womb. Couples who undergo PGD do not have infertility, but rather are at risk of passing a genetic disease to their children. Preimplantation genetic screening (PGS) is similar to PGD, but is used by infertile couples who are undergoing IVF. These couples do not have an obvious underlying genetic problem, but PGS is performed in an attempt to identify genetically abnormal embryos so that only normal embryos are transferred back into the womb, thereby increasing the likelihood of a pregnancy. These are usually used in cases where there is a perceived increased risk of genetic abnormality e.g. ‘older’ women who use their own eggs and couples facing repeated implantation failure.

A normal human being should have 23 pairs of chromosomes in each cell. On each chromosome reside thousands of genes. Genes are the instructions that determine what we look like, who we are etc. It is believed that in natural conception and in IVF, up to 65% of human embryos are genetically abnormal.  What types of abnormalities are there?  Firstly there are numerical abnormalities.  Aneuploid embryos have cells containing an abnormal number of chromosomes – either a chromosome is missing or an extra chromosome one gained e.g. Trisomy 21. This usually happens during cell division. Another type of numerical abnormality is polyploidy. In these embryos, some or all of the cells contain a complete extra set of chromosomes.  This can occur during cell division, but can also happen when, for example, two sperm fertilise the one egg (e.g. triploidy).

As well as numerical abnormalities, there are structural abnormalities. Translocations result when chromosome breakage occurs and the fragments join onto other chromosomes with no loss of genetic material. Individuals who carry this type of translocation have the full complement of genes and are generally healthy but the cell division needed to create either eggs or sperm is abnormal. This can lead to eggs and sperm with unbalanced translocations in their genome and would result in an abnormal embryo upon fertilisation.  Deletions are when part of the chromosome is lost and therefore so are a number of genes. Duplications occur when part of the chromosome is duplicated and extra genetic material is present. Inversions are a type of abnormality where part of the chromosome breaks off and attaches itself the opposite way to what it should be.

Embryos can also suffer from gene disorders which can result in abnormalities and be fatal. Genes are found on the chromosomes and a change or mutation in one gene can lead to an abnormality which is not consistent with life.  Thankfully a large number of known gene mutations can now be screened.